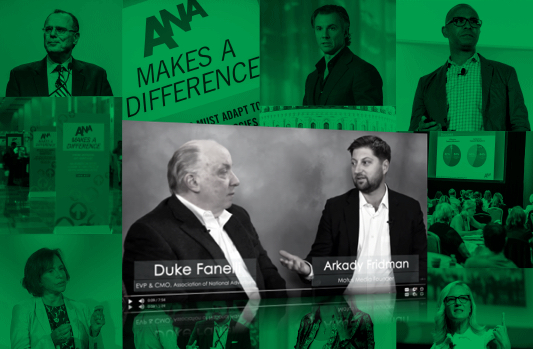 Arkady Fridman, Founder at Motus Media a boutique media buying agency specializing in Programmatic, Social, Content and Performance marketing, chats with Duke Fanelli, CMO of the Association of National Advertisers to discuss their organization and marketing initiatives. The ANA’s tagline is ‘We’re All In On Driving Growth.” The company’s history dates back to 108 years of marketing thought leadership. Learn how Duke got into Marketing, the various initiatives that the ANA is leading and how advertising has changed over the last 8 years.

Learn more about becoming a member of the ANA here:
www.ana.net/makesadifference

Learn more about the See Her Initiative:

https://www.seeher.com/
#SeeHer is a movement led by the Association of National Advertisers (ANA), the largest marketing and advertising association in the U.S. Its mission is to increase the percentage of accurate portrayals of women and girls in U.S. advertising and media by 20% by 2020, the 100th anniversary of women winning the right to vote.

Here’s the transcript from our conversation:

Arkady: Welcome back this is our third segment of Motus Tips with ANA, I’m Arkady Fridman the Founder at Motus Media and I’m super excited to have Duke Fanelli, the CMO of the ANA.

Duke: Thanks for having me.

Arkady: Absolutely. So, this third segment, we’ll talk about corporate responsibility. I think it’s always important you know in terms of ad tech and media where we’re trying to attract people and influence people but it’s also about giving back and I know the ANA does a lot of great things to give back. We’ll talk about how you know, women, the focus on women and how that’s changing and how you guys are really kind of elevating the ability for women to get into this industry a lot easier, I think by 2020 and we’ll talk about you know, I guess a rolling topic that is in the media, it’s fake news and the responsibility of the marketing, you know people attack publishers to distribute you know, good information. So, we’ll start with the first one, let’s talk about corporate responsibility of giving back, you know Motus Media believes in that to, I dedicated, I made an announcement last year that I want to give back one percent to a local cause, now it’s New York Cares and I’d love to hear about ANA, I know you have a lot of difference initiatives in terms of giving back.

Duke: Sure, so ANA has been involved in the community if you will, the industry for a number of years. Through our CEO the ANA sits on the Ad Council which we actually helped form back in the, I want to say the 40’s when it was first created. Bob Liodice, the CEO also sits on the board of the Partnership for Drug Free Kids, which is clearly especially with all you hear in the news today, an increasingly important organization to be part of. We also have the ANA Educational Foundation, which tries to elevate the role of advertising and marketing within the college community, within the undergraduate community. What we’re finding unfortunately is that college students are opting to begin careers in industries that companies that have less to do with marketing and advertising and more to do with technology, it sounds sexier, it maybe sexier, it maybe higher paying but there are tremendous opportunities in the marketing and advertising industry to be creative in so many different ways to apply a statistical background to the success of a campaign and there’s just so many jobs there that I don’t think, I don’t think students, kids understand the full capacity of what’s available.

Arkady: Absolutely. I do see some of the universities, I hear of people taking courses that were never available to me when I was in college, you know about programatic, about dissecting your metrics and that’s all kind of floating into Universities and Colleges today, which is great I think it’s influencing people to get into these roles. So, I know we talked about the number of different topics, one topic that I think is really important and it’s very relevant today is, you know the focus of women in the industry and women in general and I have a young daughter who I want to know that she can be whomever she wants, however she wants, you know, whatever career, whatever industry. I know that the ANA has initiative for women, can you talk about that?

Duke: Sure, absolutely. So and I have a two year old granddaughter and I want her to feel the same exact way as she grows up. So, we have a #SeeHer initiative, which was started by the Alliance for Family Entertainment, which is part of the ANA and that started several years ago. The goal of the initiative really is to drive gender equality, there is clearly for years that’s been something that hasn’t been a focus. 2020, which is when the goal is to have gender equality is also the 100th anniversary of women getting the right to vote. So, there is a direct timeline…

Duke: Hopefully before 2020 but I think if people can at least aim for 2020, if that happens two years from now, I think you know, we’ll certainly consider that a success. It’s an incredibly important initiative, #SeeHer has gained tremendous awareness over the last year, they just handed out their second Critics’ Choice Award to Gal Gadot and the year before that the first recipient was Viola Davis, it’s the traction behind #SeeHer is really pretty phenonmal and as it gains traction I think I we’ll see more and more effort around certainly in the advertising industry, can’t speak for the rest of the world but certainly in the advertising industry that gender equality will continue to rise to the top.

Arkady: That really great and I’ll put links in the bottom of this video where people to learn more about this initiative and even those people that you mentioned. The last topic I think is important in terms of the media industry, in general marketing content, you know there’s a lot of talk about fake news or news that’s incorrect to drive some other initiative, you know from a standpoint of an advertising company and a platform, it’s just important to have the responsibility to drive good advertising, you know relevant and be just responsible for it. What do you see, how do you see that as a topic and have you seen that change throughout your vendors and your members?

Duke: So the whole issue of brand safety has become increasingly important for our members. Their placement on a website is something that we hear about and we talk about each and every day and it doesn’t take a lot to put some same safeguards in place and we will look to the Motus Medias of the world and other vendors to help ensure that the decisions are the right decision. So, it really is a partnership between the agency world and the marketer world to help ensure that brand safety is not something that is just pushed to the side it drives consumer behavior, it drives attitudes, it drives purchasing intent. So, if we are risking ads on sites that are considered fake or somehow unsafe, we put, we’re putting business billions of dollars at risk over the long haul.

Duke: My pleasure, thanks for having me. 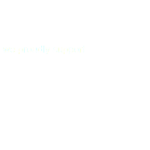